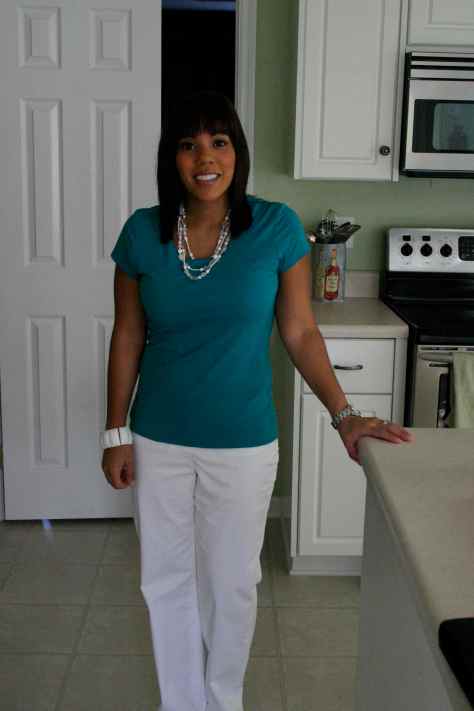 Our 2nd Doctor’s Visit went well.  We heard the squishy sounds of a heart beat lub-dubbing their way through what looks like a small guitar amplifier.  That never ceases to make me smile.  I almost feel silly my grin gets so big.
The great thing is, Amber and baby are healthy.  The bad news is, we’ll all have to wait for another month (even after vacation) to find out wether the baby is a boy or a girl.
I don’t suppose it will matter.  I was just sure (before we found out) that Gabby was going to be a boy.  Boy was I surprised.  In a good way.  That little ray of sunshine has been the source of many silly little grins on my face.
I suppose that I’m gunning for a boy, but I’ll really be happy either way.  We’ll all just have to wait and see though won’t we.

Tell me what you think ( of my thoughts or my-baby-momma ).  Scroll to the bottom of this post and “leave reply” of your thoughts right here on the blog or use the “Ask A Mac” tab and let ‘er rip. 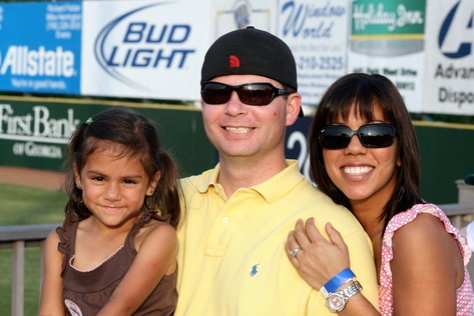 Knology of Augusta Sponsored the Green Jackets Game again.  That means the whole family headed to the ball park! 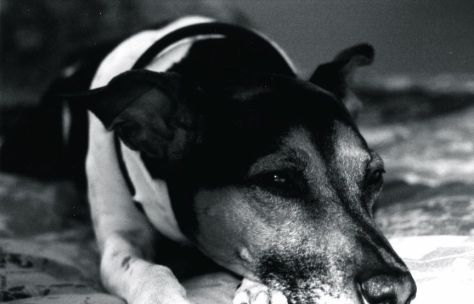 As most of you know, my dog Chase is more than a dog. I’m purely convinced that he IS the best dog a person could have as a companion. He’s getting older, no doubt, and recently we had a pretty bad scare.

He’s 16 ½ at the time of writing this and his hearing is failing along with his sight and ability to do many of the things that most of you remember him for.

In his career as a dog he’s been known for climbing ladders, bringing frosty beverages from coolers, fetching my hat from upstairs when I was too lazy, chasing anything that would move, picking up pine cones, listening intently for the word “frisbee” and running one down any chance he got. These are just a few of the magnificent feats he’s pulled off.

In the last few years he’s lost interest in nearly everyone of those things. In fact, the only thing that he’s been interested in within the last few years is Gabby. When we brought her home from the hospital, Chase would sneak into her room at night and lay beneath her crib. Gabby probably thinks she has the furriest set of brothers and she would be right.

Chase is more than just a good dog. He’s a family member. I have often referred to him as my son and I’m sure I’ll always think of him that way.

That old dog has been with me through, graduation high school, my first real heart break, going to college, meeting the love of my life, quitting college to open 2 businesses, closing down 2 businesses, returning to college to finish, enduring one of the most painful bone breaks known to man, getting engaged, moving from my hometown, marrying the love of my life, buying our first home, my first “real” job, my first “real” promotion, the birth of my daughter selling our first house, buying our second home, my next big career move, settling in and most recently the news of expecting our second child.

He did all of that without one complaint. He always listened. I don’t mean he was silent and there, I mean he really listened. He’s seen me cry. He’s seen me laugh. Lord knows he’s seen me do some pretty stupid things too. He never criticized or stomped out mad. He just loved me.

I am ashamed to admit that I haven’t kept up with my end of the bargain. You see I didn’t understand how the best, most famous, most capable dog ever to catch a Frisbee on earth could have the issues he has. I expected too much from my little buddy and because of that haven’t loved him with the same unconditional love he offers me with the wag of the tail every time I arrive home. Even if I just went to the mailbox. He has had his bouts with house training in his old age and somewhere I forgot that he doesn’t understand either. I valued my carpet more than him. For these short comings I have asked him for forgiveness. I hope that he can read my body language, because you see it is too late for him to “hear” me now.

I remember how excited he used to be when we’d get everyone over for a cookout. Bringing a slobbery pine cone to everyone in hopes they’d throw it for few minutes with them.

That scare we had recently? Well I woke up one morning and my little friend was limping on his right front paw. I went to help him and he squealed. His little body has begun to waste away and an already skinny dog has become skin and bones due to atrophy. He staggered around and refused to eat. He’d gotten to the point of not eating much anymore because he’s lost a good bit of teeth. This is something inherent with Rat Terriers.

It hit me like a ton of bricks. If only I’d been half of the friend that he’s been, he’d be in much better shape. We haven’t neglected him. I mean he’s been a bit of a handful for couple of new parents to tend to, but that shouldn’t have mattered.

Now my friend was squealing, possible dying and all I could do is feel bad for him. I called the vet and asked questions about him. They wanted me to bring him in right away and began talking about ” the inevitable” as they called it. Maybe I’m stubborn, but I wasn’t ready to let him go yet. Certainly not through a rushed decision when I wasn’t even sure about his condition.

Selfish I know. However, I prayed about it and left it in God’s hands. If he was in pain, I was ready to do what my responsibility as a pet owner is to do, but if he was going to go, I wanted God to do it in my little buddy’s sleep. 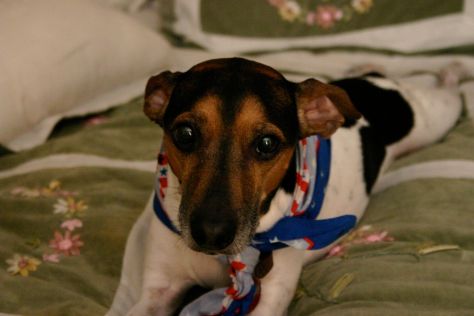 We found a food would eat. We began nursing him back to health. No more kennel for him. I was willing to get new carpet if it meant saving his life and making it worth living. Walks are a lot more common now than ever with him. His limp is gone for the most part and the only thing that is bothering him now is his stomach. We think that is because he’s eating wet food and we will get used to it.

The days of jumping 5 1/2 feet off the ground to catch Frisbees are over for my little friend, but he’d mounted one heck of a comeback. You might even say it’s not a comeback. He hasn’t changed. At least his Character hasn’t. He’s always done the impossible. This is no different. If you all will promise to keep him in your prayers, I’ll promise to be as good a friend to him as he’s been to me.

He may last for 10 more years, but he may also go home sooner than that. Some people say they need to get right with God before they go. I truly believe that God knew he was right before he sent him to me and that’s precisely why I chose that fuzzy little runt. Not because he was ganglier than the rest of he pure breeds he was littered with. Not because he was the only one left. He was sent to me to make me a better person and he has never failed at that. 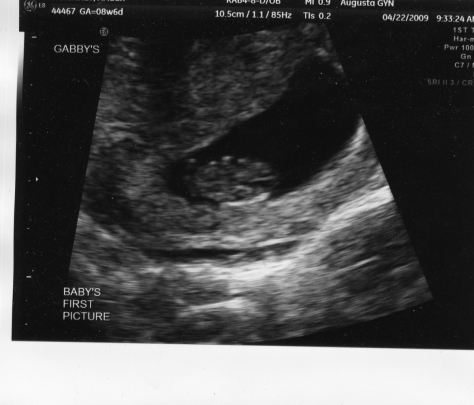 We’ve had an idea for a while, however we wanted to make it official by going to the Doctor first.  The Lord answered our prayers and we are now expecting again.  We couldn’t be happier and we are counting down the days.

During Amber’s pregnancy with Gabby, we did a weekly picture of how things were progressing.  I’m curious, because there is a little debate about it, would you like to see that again?  If you would, let me know with adding a comment to this post. If you didn’t catch it the first time, we took a picture of Amber once a week and posted it to the site.

If you’re wondering about Gabby and how she’s taking it, she is happy that she is going to be a big sister.  Soon after we asked her if she’d like a little brother or a little sister, we found out he main concern was not the sex of the baby.  She asked,

“Am I going to have to have baby in my tummy?”

Confused, yes.  I almost passed out.  It was hilarious.

My dad and my mother-in-law both had a preminision.  My father-in-law and my mom were both just as excited.  Leave a comment and let us know you had a chance to read the post and how you feel about it.  It will be great to show our new addition later on.

Thanks for your prayers,

P.S. If you have a business, know someone who does, or if you’re just bored, check out my small business blog at: http://theentrepreneurship.com